mai 13, 2018
Sarpele casei, asa cum il descriu frumoasele versuri ale celor de la Phoenix. Bland si intelept, Sarpele casei aduce noroc, asa ca sa nu va dea prin cap sa-i faceti vreun rau!
/
The House Serpent is the guardian of homes. It is said that such a serpent appears as a large, albino specimen, as it lives inside the walls and it’s never exposed to sunlight. In some areas, it is believed that it descends from the attic and drinks milk alongside the children of the house. The house dwellers leave different offerings for the serpent, as mentioned above, and killing, or even harming it in any way, brings years of bad luck. 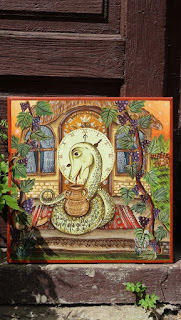 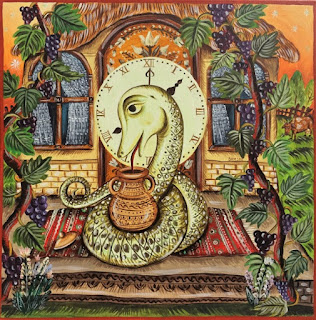 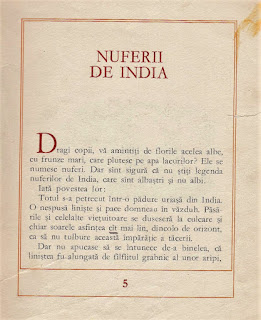 Poveste de Regina Fabiola a Belgiei.  "The Indian water lillies" is a fairy tale written by queen Fabiola of Belgium. It is a tale of how two fairies were transformed into water lillies by a witch, who wanted to steal their beauty. Also, the story shows how the skies took pity on the fairies and gave them its blue color, hence the color of the Indian waterlilly.
Citiți mai multe

Povestea Musetelului/ The story of Chamomile 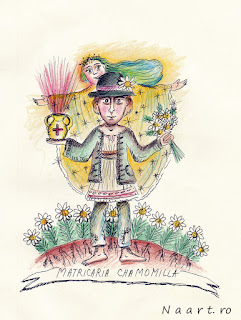